The Different Types of Fabric Weaves | Custom Suits Made Easy. 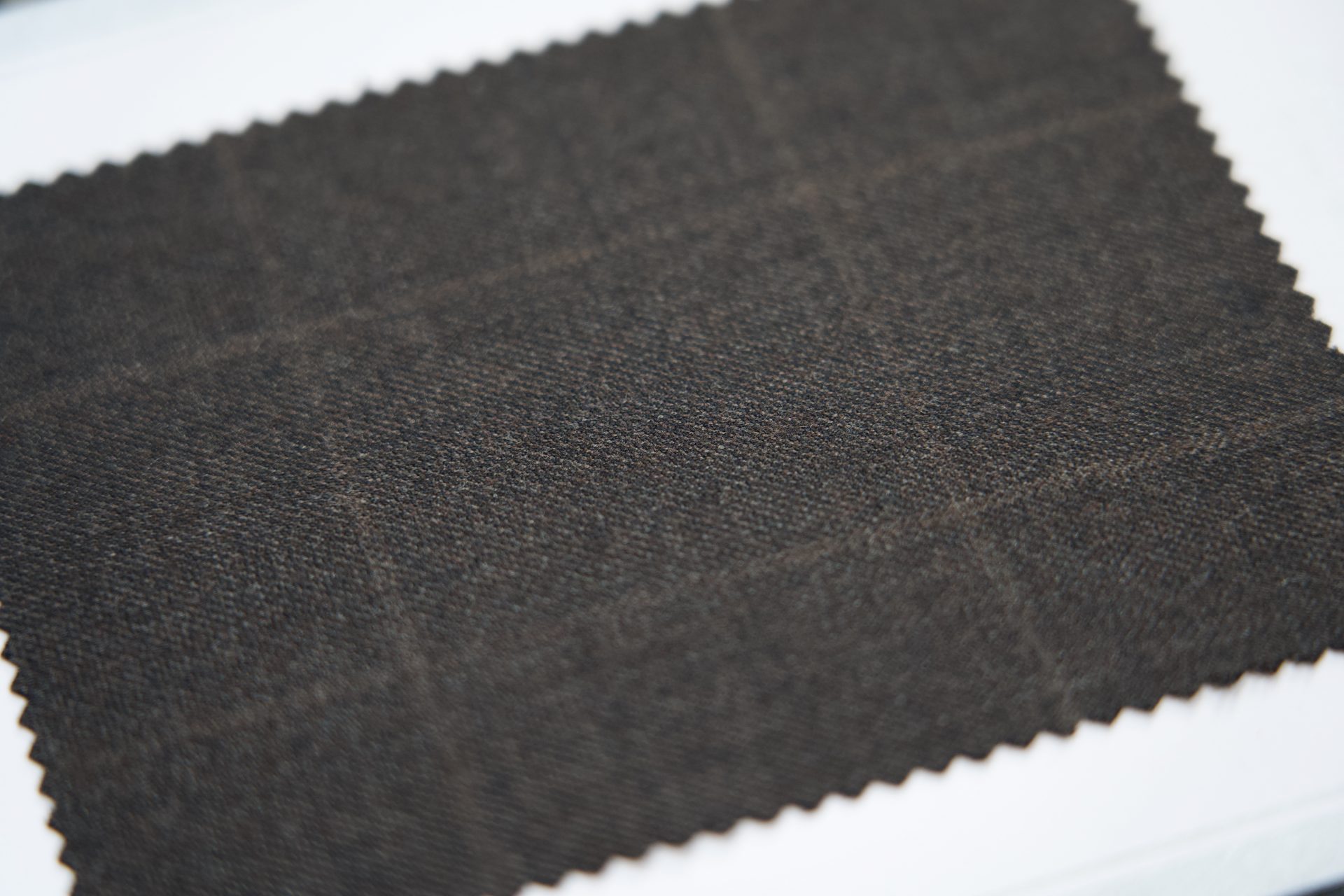 The Different Types of Fabric Weaves

Broadcloth and poplin are tightly woven fabrics; they have very little sheen due their over-under weave, which makes them neutral and professional looking. These two fabrics are ideal for someone looking for as little texture as possible. However, it is worth noting that they are prone to wrinkling.

Twill is often recognized by its visible texture, which is made up of a diagonal weaving that can range from very fine and subtle, to very thick and noticeable, such as Imperial or Cavalry twill. Twills most often have some shine to them, however the level of shine depends on the type of weave, the materials used, and its colour.

Being made of a very tight weave, twill can have a very high super number—which refers to the number of hanks that could be spun from a pound of raw wool from a given fabric. Twill doesn’t tend to look crisp, but it does drape quite well on the body, and doesn’t wrinkle easily.

Hopsack is a modification of a plain weave, where two threads in the warp are followed by two threads in weft, which appear like small cubes. This type of weave is very popular for jackets, but can sometimes be used for full suit or for outerwear.

A rib weave is an enlarged plain weave, where the rib can be in the warp or weft, although it is more commonly in the weft.

Sharkskin, also called a pick-and-pick in the UK, is made from a twill that has a yarn sequence of 1 light then 1 dark in both the warp and the weft. Sharkskin fabrics are commonly woven as a herringbone.

A classic solaro is made with a light brown warp and a red weft, and the colour contrast of the two gives it a plea singling vibrant quality.

The Prince-of-Wales Check, also called glen check, and originally named Glenurquhart check, is a type of checked print that incorporates a houndstooth weaving pattern in its design.

Originally, garments with this weave were worn by the Countess of Seafield’s gamekeepers at the beginning of the 19th century.

Houndstooth fabrics are based on a two by two twill, with a four and four sequence of colour for both warp and weft, with four yarns of the light colour and four of the dark colour.

Oxford Cloth uses slightly thicker threads and is woven more loosely, which makes its texture slightly rougher and more durable. Its weaving pattern consists of a basketweave where one yarn is crossed over two yarns. It was originally intended as a sportswear material so it is viewed as less formal and can be warn casually without being perfectly pressed.

Pinpoint and oxford cloth have the same weave, save from the fact that pinpoint has a tighter weave made up of finer yarns, which also makes it slightly more formal than oxford cloth. Pinpoint fabrics are on the opaque side, which might not suit special events, but is great are a professional context. Pinpoint fabrics’ heavy construction also makes them durable, so garments made using such fabrics should last you a long time.

Chambray is similar to broadcloth in that it is a plain weave. However, it uses thicker yarns, which gives it a more laidback workwear look. Chambray fabrics also generally contains white threads running through the width of the fabric and this contributes to its style. Chambray is not a formal fabric and is best warn in casual settings.

Dobby fabrics are quite varied, with some bearing a similarity to broadcloth, and others bearing a likeness to twill. Dobby is also close to Jacquard in that the only difference between the two lies in the manner in which the pattern is woven into the fabric. The warp yarns of a Dobby loom can only be controlled in groups, and when a harness goes up or down, all the warp yarns attached to it move along with it. This limits how complex the woven pattern can be. They are lovey if you enjoy some subtle texture in a fabric.

End-on-end fabrics are woven with white threads in the weft and coloured thread in the warp. The fabric might seem made up of a solid colour from afar, but more texture can be distinguished as one moves closer. It also is typically lighter in weight, which might be nice in warmer climates.

Melange is characterized by the fact that it is made up of multi-coloured yarns, and any type of weave can be a Melange so long as it has that multi-coloured characteristic. Often times the variation in colour ranges between two or three different hues with the intention of creating a heathered look. Melange and mouline fabrics are sometimes mistaken for each other as they can look similar. Unlike Melange, Mouline fabrics are made from yarns of a consistent colour but are twisted together to achieved the heathered look.

Herringbone is type of twill characterized by a chevron V-shape weave pattern. It gets its name due to its pattern’s resemblance to the bones of a herring fish. What’s great with herringbone that it is versatile, being suitable for both formal occasions as well as casual wear.

Seersucker was invented as a fabric for warm weather specifically, and is characterized by its crinkled appearance, which is created in the finishing of the fabric. Seersucker fabrics come in varying colours and patterns, but the most popular is the classic blue pinstripe.

Gingham is a plain weave, typically made completely of cotton fibres but can include blends with man-made fibres. Gingham gets its colour and pattern from carded or combed yarns and its pattern can vary from stripes, to checks, to plad.

A characteristic of Jacquard fabric is its raised pattern that is woven rather than printed onto the fabric. Florals, geometrics, and damasks are popular jacquard patterns. The drape-ability of the textured fabric is varied but usually tends to be on the stiffer side, but it tends to be more durable, depending on the fibres used. 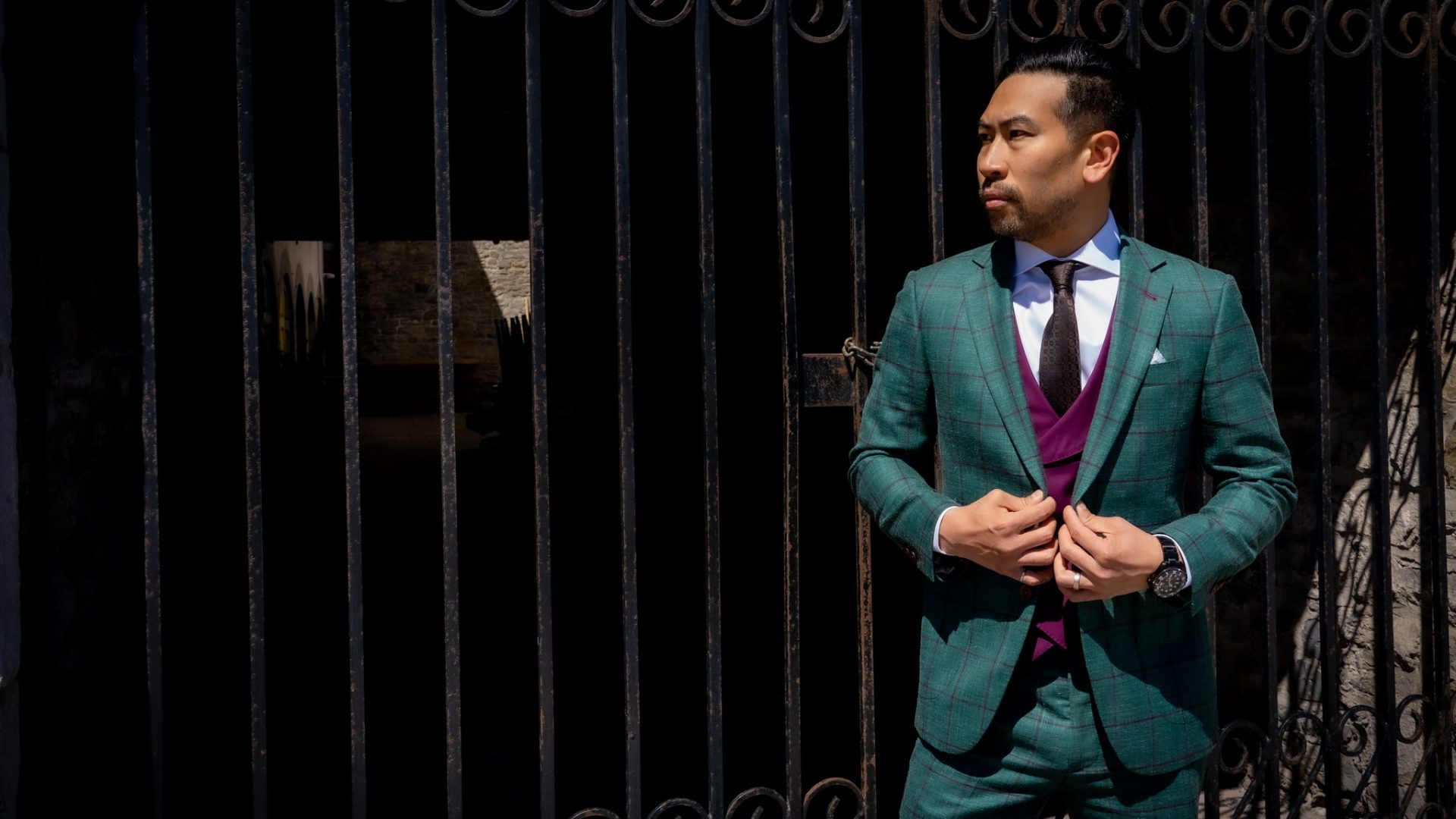 What Makes a Quality Suit 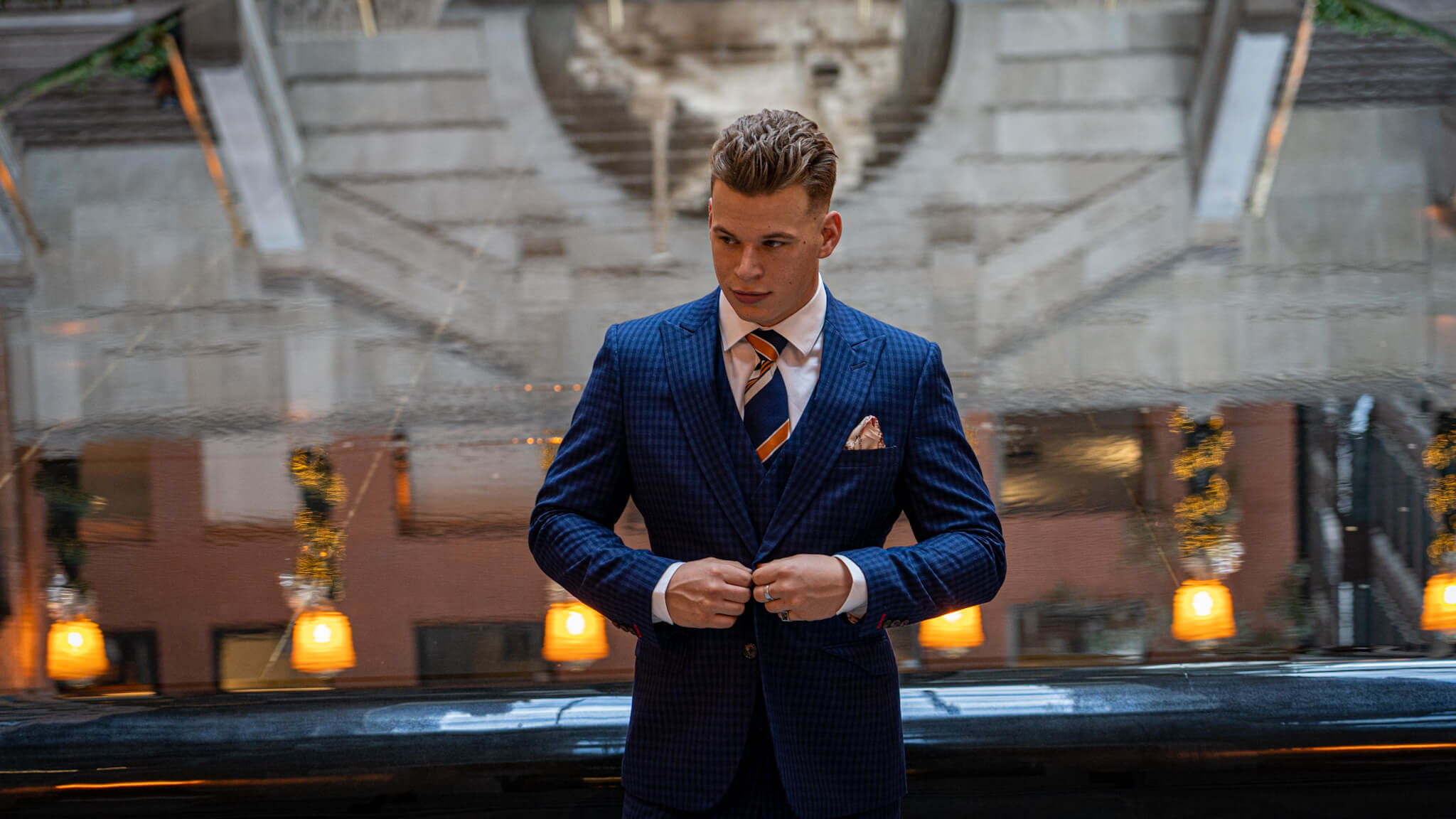 Made-to-Measure vs Off-the-Rack Men’s Suits: What are the Differences? 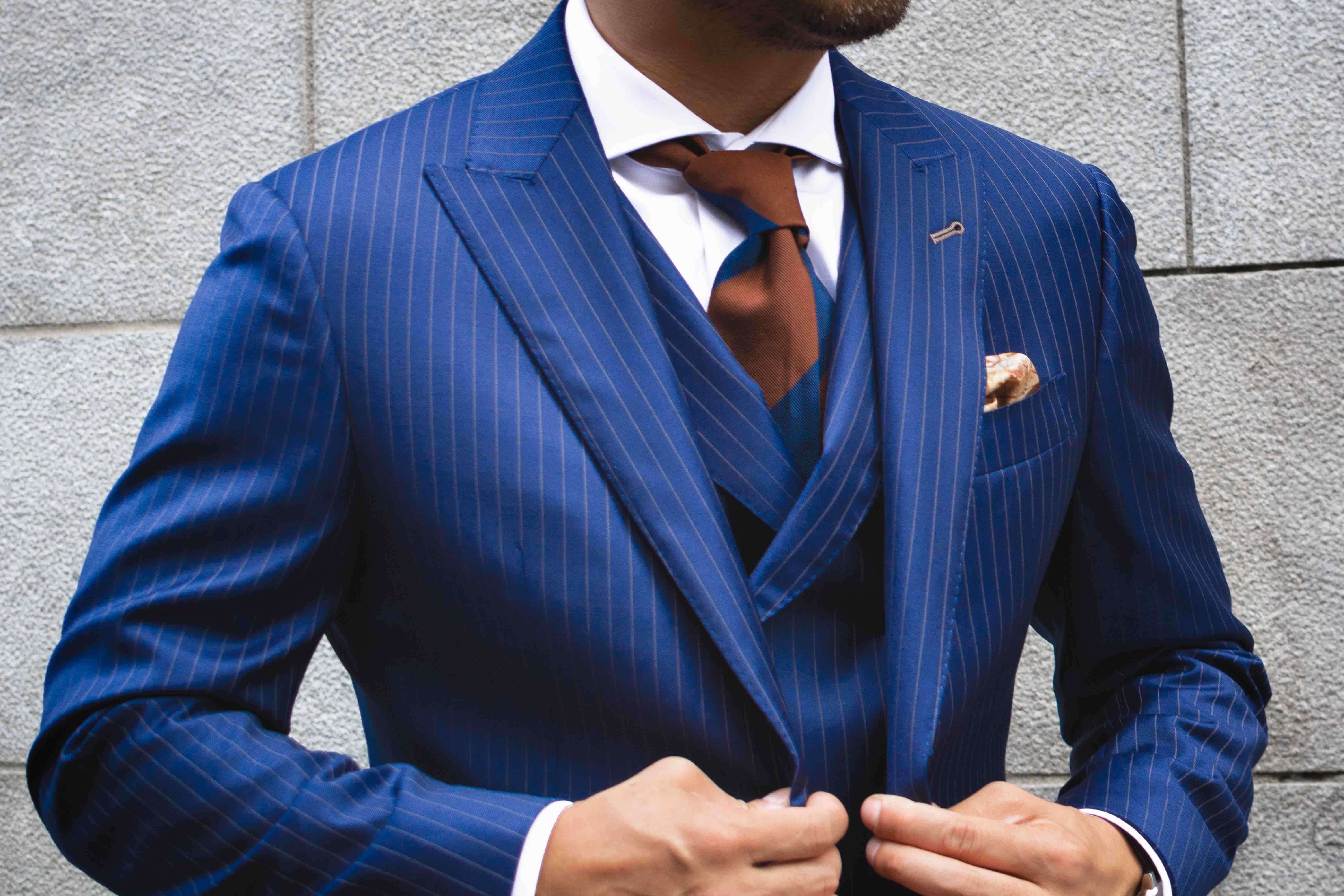 Wool or Polyester? What You Need to Know About Wool Suits versus Polyester Suits 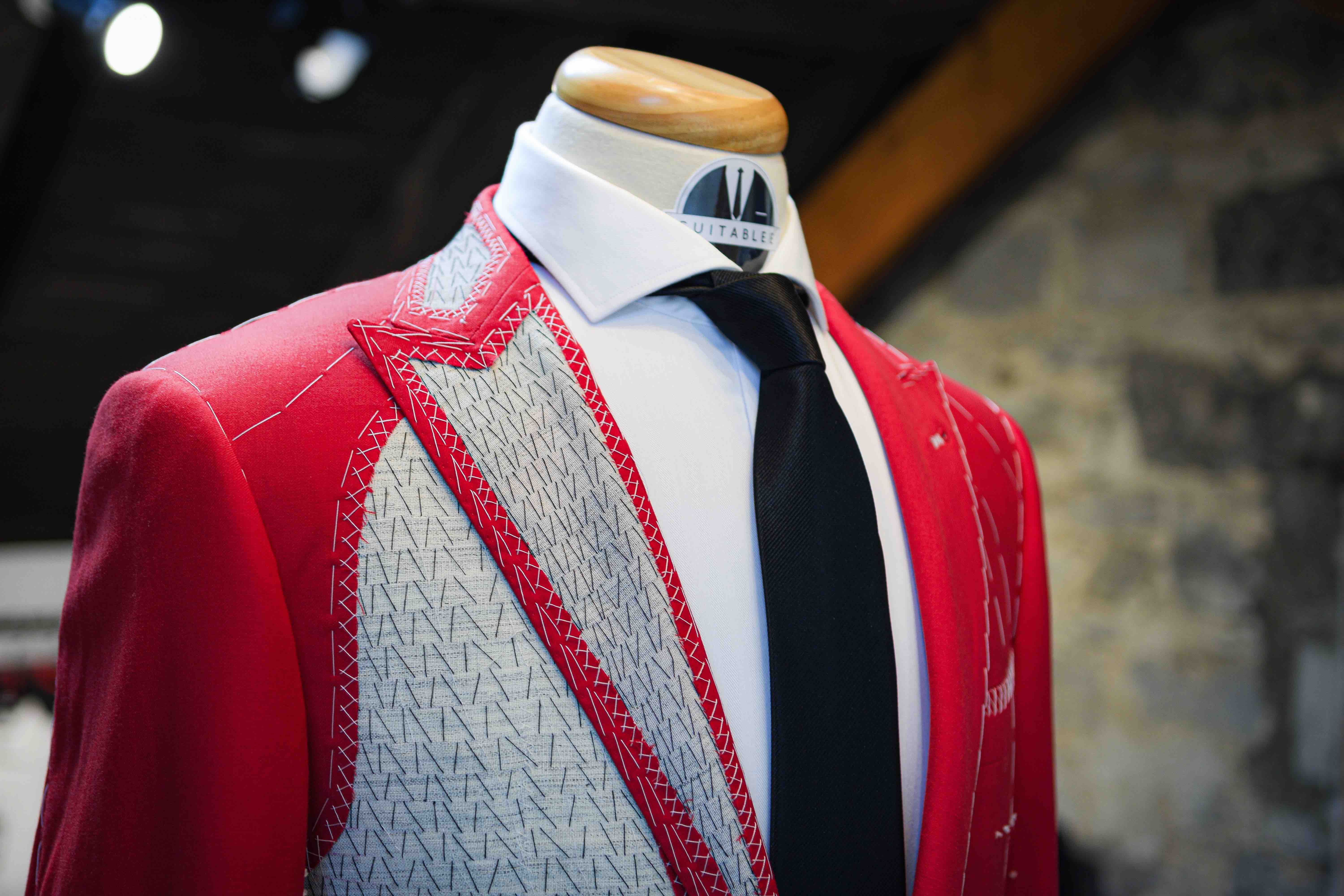